I’m really behind. I thought this was supposed to be the slow season!?

Maybe I’m still recovering from Beyonce… Maybe I’ve just thrown myself back into being a road warrior? Maybe she’s born with it…. maybe its Maybelline……..

Let’s go back to the last weekend of September. Now, New Orlenians know how to party. They throw a party for EV.ERY.THING. Seriously, there was a Sinkhole de Mayo party when a giant sinkhole opened downtown on May 5th.

Anyway… There was a Scales & Ales party at the Aquarium… Yes, I know… I’m a nerd. I love museums, zoos, and especially aquariums. I’m part mermaid now thanks to my PADI Dive Certification. What is Scales & Ales? It’s an awesome ticket entrance party with open bar, food and entertainment inside and outside the Audubon Aquarium of the Americas on the riverfront.

I had yet to visit the Aquarium, I’ve walked past it a hundred times in the almost 2 years I’ve been here and never had an excuse to go in. Like I needed an excuse. A couple of the girls all got together, purchased our tickets and in we went. We grabbed our first Abita beers (Peach!!) and oooh look something shiny 🙂 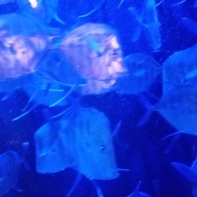 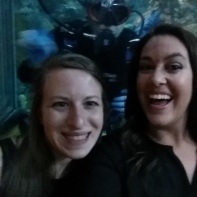 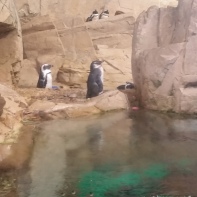 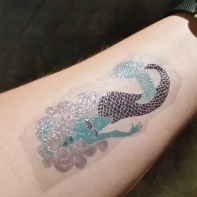 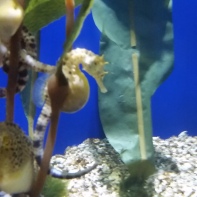 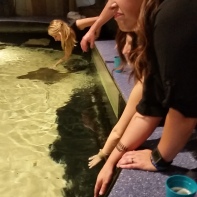 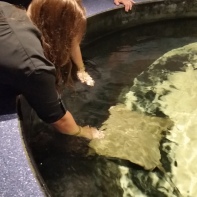 Yes, I got to pet a stingray 🙂 No my hands did NOT smell like fish after. WIN!

October is a magical time for our family. Because always, without fail, the Nana box arrives filled with fall goodies. Specifially ginger snap cookies, candy corn (usually mixed with peanuts, my favorite!), apple cider or $$ for apple cider, and an awesome card. The past few years, I’ve found an extra in my box…. like a Perfect size chocolate cake (SERVES 4! unless you live alone and have no impulse control). 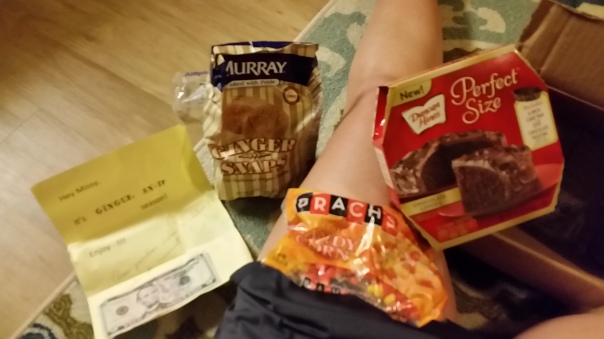 As I’m sure some of you know, the Gilmore Girls A Year in the Life is coming around Thanksgiving on Netflix. In a 4 part series!! Have I told you how hard my nerd comes out for some things in life? This next event in particular: Luke’s Diner Promotional Pop Up coffee shops…. yes, there was one in New Orleans!

So, I found this great guy who didn’t bat an eye when I said I wanted to go an proposed he drive and drop me off on his way through to work… at 7am. Not only did we drive there at 7am, he dropped me off so I could get in line while he parked the car, waited 2 HOURS for coffee he doesn’t even drink and then was late for work… whoops 🙂 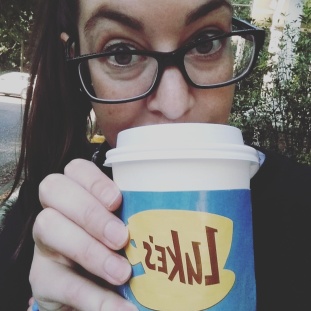 It was totally worth it 🙂

The rest of October was a blur. I was crazy busy all over my territory but I was especially excited for one bridal show in particular…. the DAVID TUTERA Bridal Show 🙂

YES that one. Mom and I used to watch his show ALL. THE. TIME. And I always talked about wanting to just meet him, not to mention have him plan my wedding one day… baby steps. So when his people called me directly wanting us at the show, I ran to my agents hoping one of them would jump on. They did 🙂

Life made…. and then made again.

I fangirled. hard. And my agents really had no idea or care in the world for who he was.

I ran around like a crazy peron again for work – long drives for bridal shows and quick meetings but hey, all in a road warrior’s day! I just hope all my hard work is showing. Lord knows I’m feeling it.

Halloween festivities included Brews & Boos at City Park, similar to June Under the Moon etc. We all dressed up in fun costumes that took us till the last minute to agree on, we couldn’t figure out what we were going to be then one suggested Cereal Mascots. 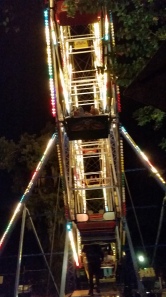 Presenting: Cap’n Crunch, Cheerio’s Bee, Lucky the Leprechaun, and Trix Rabbit. We also made backpacks out of the cereal boxes to help others recognize us. I didn’t have any issues, a few people shouted “Crunchatize me Cap’n!” at me, and I got a “Cap’n Crunch! I like your work”. Solid. Ps. anybody remember the 1990s Crunchling Adventures computer game?!

For actual Halloween I vacummed the house in a dragon onesie (I also bought this one…. and this one)while watching Monday Night Football. Wild Night. No trick or treaters here in this “secure” building (but that’s another story for another time).

It’s about time for a break and thank goodness mine is coming up. November is a packed travel month with Walt Disney World Wine & Dine Half-Marathon Weekend (that I haven’t trained for at all…), London, Paris & VA all on the schedule.