14 travel agents for 5 days…. did I mention I’m all alone out here?

One perk of this company is that we are required to host our agents on island in the resorts in attempt to increase our territory’s production.

Yes, that means physically take travel agents around all the resorts & schmooze them into seeing the greatness that is Sandals Resorts. Resorts. I’d done a few last year but always with an experienced BDM or my director assisting until I got the hang of things. Well friends, I’m on my own now.

I planned a Jamaica FAM, mainly because it was within airfare budget and is the most bang for an agent’s buck – they pay their airfare & meet me on island, we take care of everything else. We were booked at Sandals Whitehouse and Sandals Royal Caribbean. I thought a couple agents would be on my flight connecting in Miami from New Orleans but I apparently thought of myself for once and booked the later flight with the same Miami-Montego Bay connection so I didn’t have to be at the airport at 3am. Yay Me!

I did manage to meet up with those two agents at our gate in Miami, to which I later found out that if I arrived too perky… they were going to be SUPER annoyed. Me? Perky? yeah right.

Up UP & Away to Jamaica Mon! Flight paths take you directly over Cuba which gives you a pretty cool vantage point. I wasn’t fast enough to snap a picture… but I did get this one of another island later on.

We landed in Montego Bay and made our way (slowly) through customs. I’d never had to wait in line there, maybe because it was a holiday Sunday. I put on my card that I had been in Barbados in the past 6 weeks – to which the customs officer told me to visit the health desk and then come back (Zika awareness). Health desk just laughed & waved me off, good to know they’re super serious about it.

I escorted my 2 agents through to pick up their bags (one arrived on an earlier flight) and then to the lounge for check-in and a welcome Red Stripe. One of the agents hadn’t traveled to Jamaica before and was a little shaky about going, I assured her I’d be there the whole time to walk her through everything and she did great!

Our bus was leaving almost as soon as we checked in, so we chugged our beers & followed the red cap guys pushing our luggage to the bus. It’s a little bit of a wonky ride out to the South Coast. 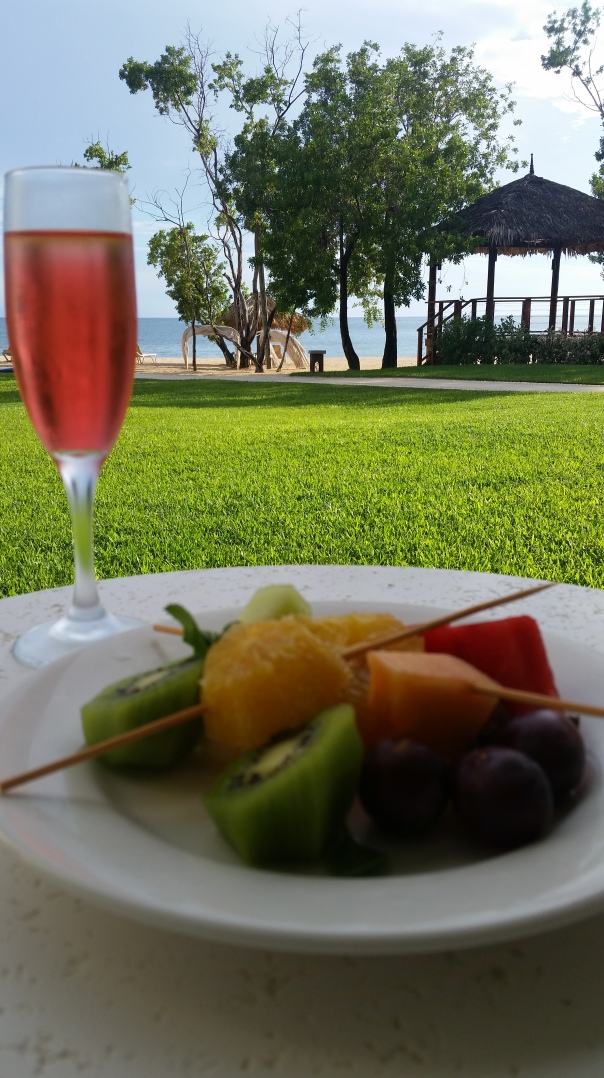 We were escorted to the club lounge (yay champagne in the room!!) and then off to our rooms. Welcome cocktails were scheduled for 7pm with dinner to follow.

The next morning it was up & at ’em with an 8am workshop & tour of the grounds. As I was setting up the workshop, sadly I became aware that my corporate computer had in fact died. I contacted my corporate office and IT department (but it was a holiday). Guess I’d be without a computer that whole week. 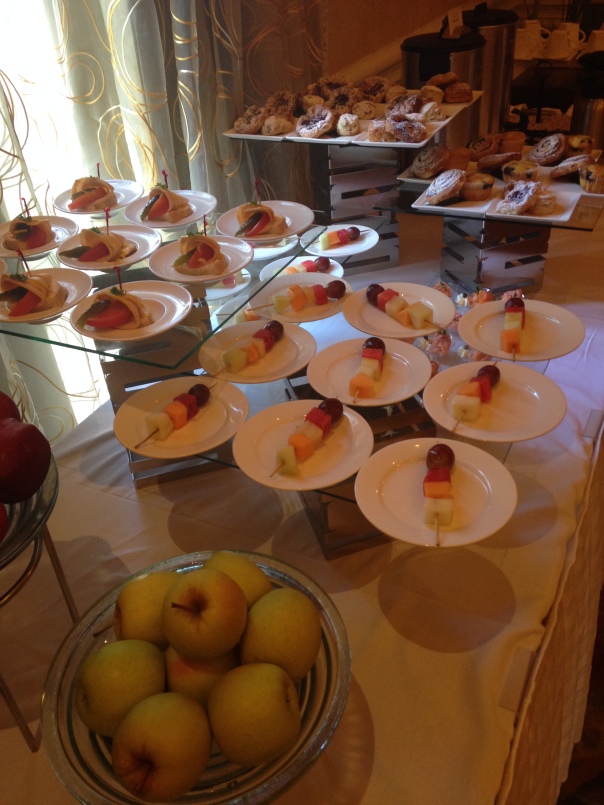 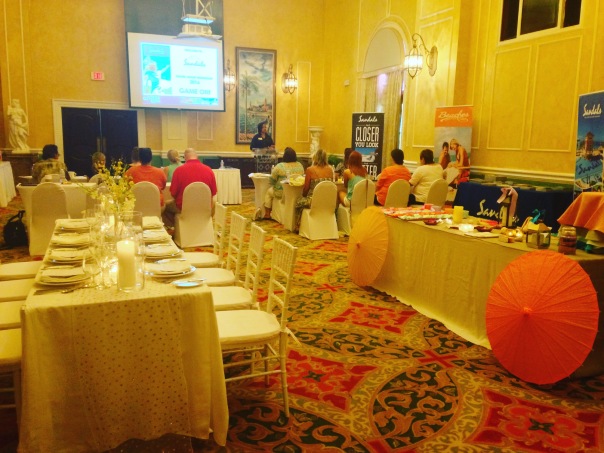 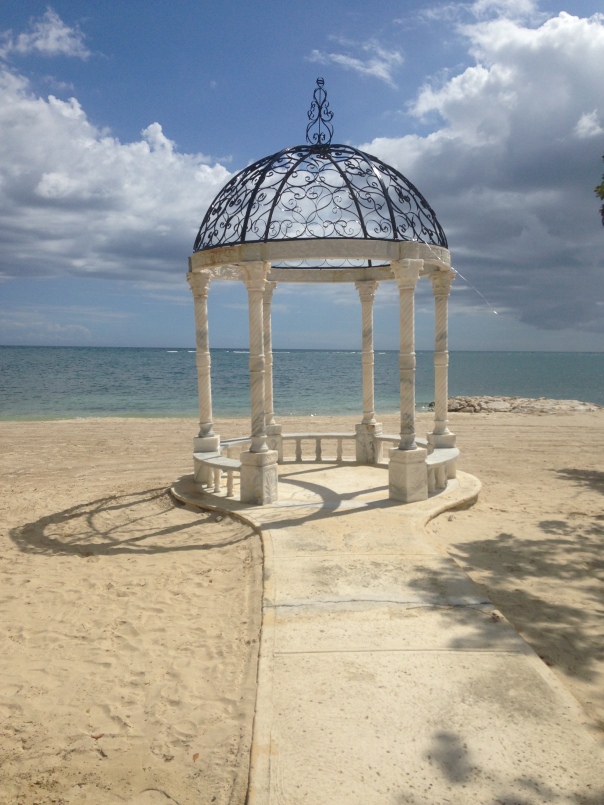 It was so successful in fact, that a brand new agent (new to the product) stopped me towards the end of our tour and asked if she could go use the computer… “I have someone who wants me to book them to Beaches Turks & Caicos right now”. We’re almost done, then we’ll find you a computer. YAY!

On previous trips, agents only got an hour of leisure time… I wanted to make sure they got a little more than that… happy agents, easy fam. So I ran to my room to throw on my new swimsuit – it’s Memorial Day after all!

Sadly the weather didn’t fully cooperate and it decided to rain out a little bit of our beach day. Which meant…. room service bacon cheeseburger!! The agents had the evening to dine around the resort as their clients would – experiencing things themselves. We were checking out the next morning and off to site visits in Negril.

Bright eyed & bushy tailed Tuesday morning all my agents loaded onto the cramped bus and we drove an hour to Negril. First Sandals, then Beaches, then Grand Pineapple. 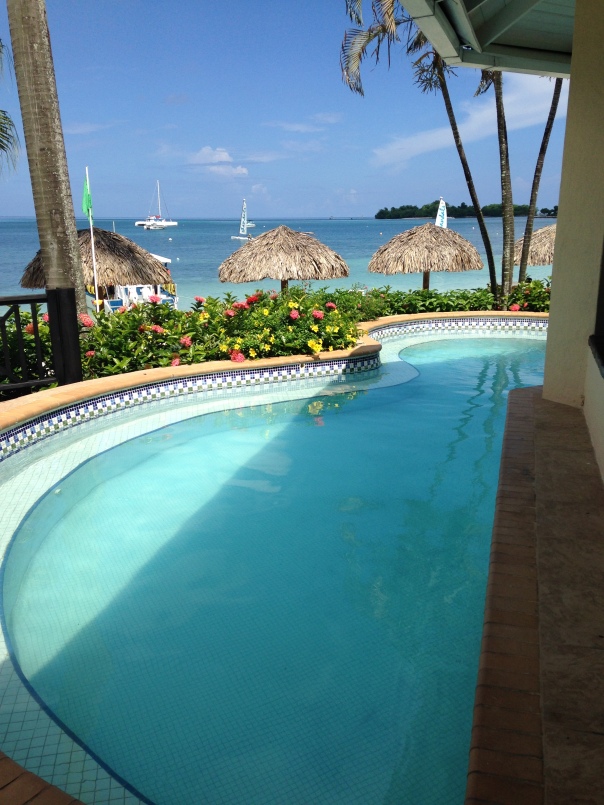 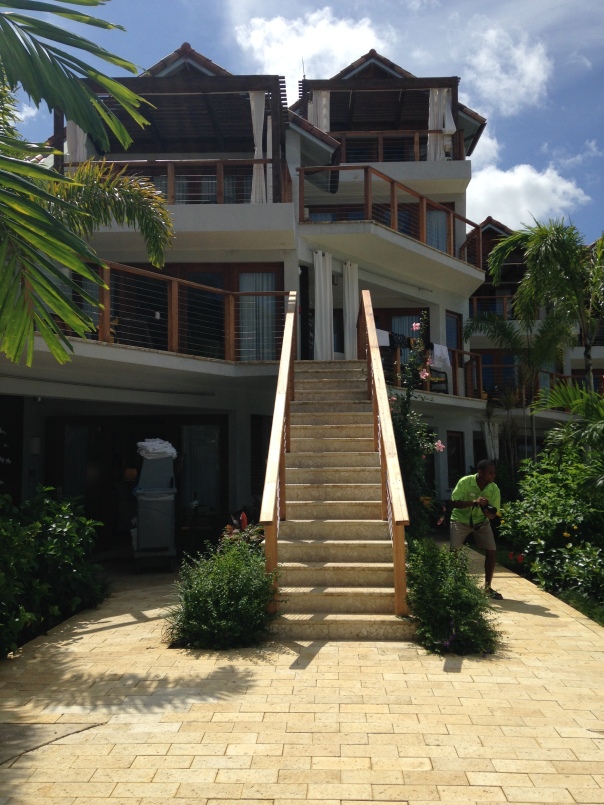 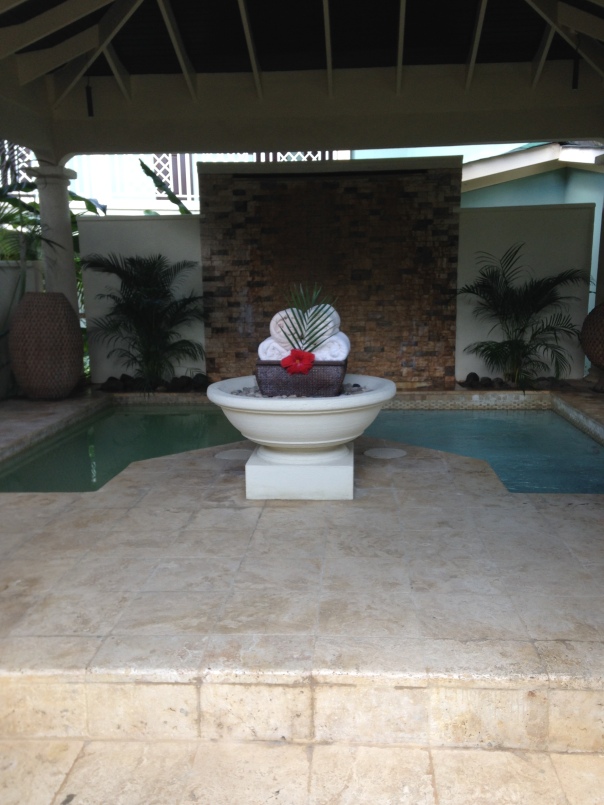 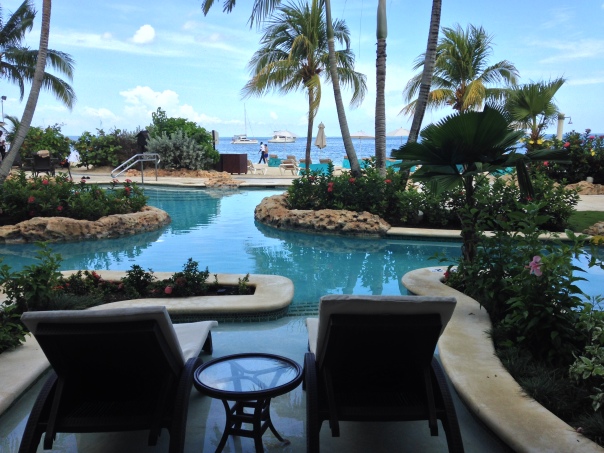 3 resorts in one day is rough! We tiredly boarded the bus for another hour-ish ride to Montego Bay to check in to Royal Caribbean for the night. 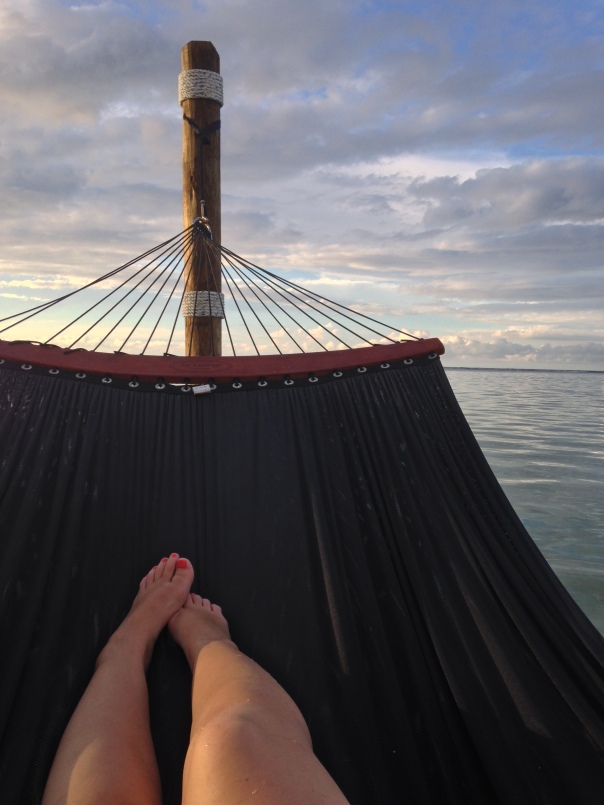 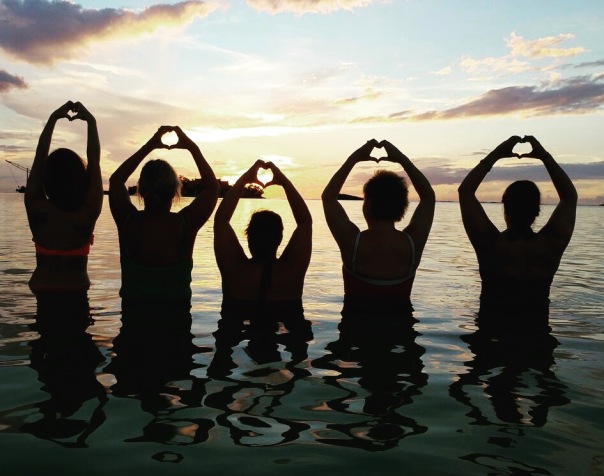 I found my favorite spot after the rain stopped (hammock), and a couple agents from the group joined in. Nothing like a sunset photoshoot!

Resort tours in Montego Bay Wednesday got us started at the Carlyle, then the flagship Montego Bay (with some fabulous new rooms!) and ending at Royal Caribbean so the agents could disperse.

We were able to get through these 3 a little quicker so that the agents could have a full afternoon and possibly even time to jump on the 2pm snorkel trip. 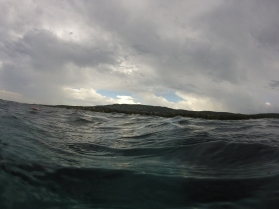 I love having a GoPro.

This afternoon of leisure would wrap up with farewell cocktails and dinner with everyone. I got a bunch of updates from the GM for the Over Water Bungalows and thanked my agents for being so great. I’m looking forward to seeing their bookings from this trip, it’ll definitely help with how I move forward on my next one in July! Breakfast of course meant a farewell mimosa & eggs benedict. 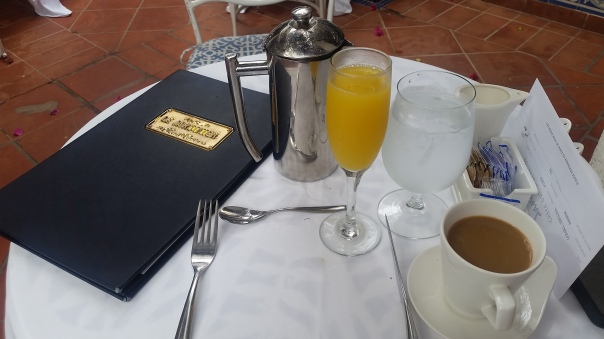 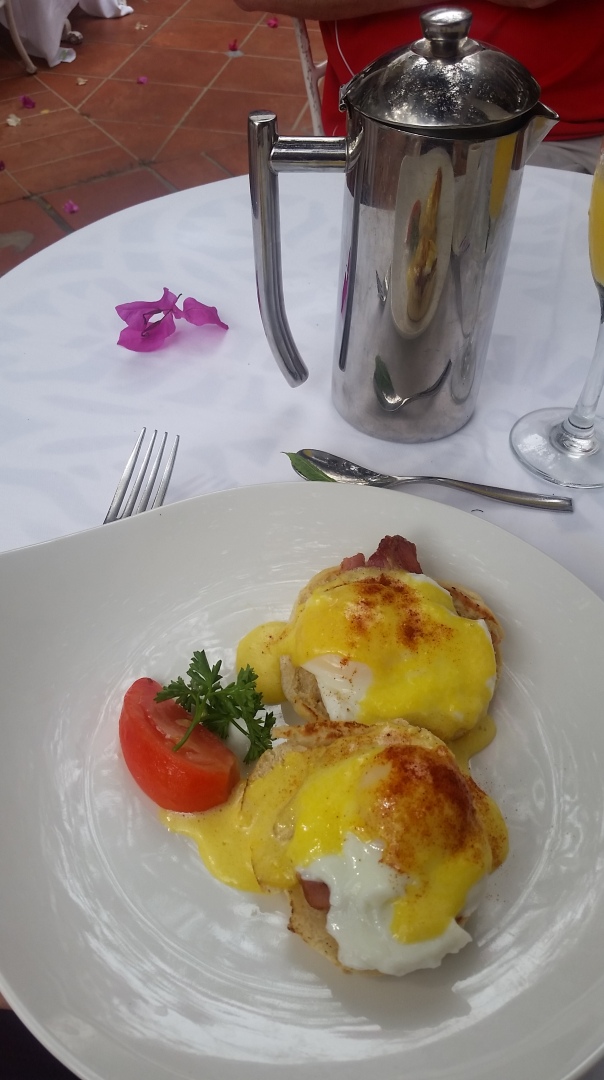 I always hate leaving the islands, but sometimes you meet some really great people while traveling. This trip led me to a fabulous flight attendant on my flight to Charlotte. She actually lives in Kenner – not far from my apartment, has been a flight attendant for 27 years (as long as I’ve been alive, but could never tell) while also selling Clinique at the local mall! We chatted off and on throughout the flight as she was asking a lot about my job and when I asked about her’s was told “no, this job is really hard”. Yikes. Guess I’ll cross flight attendant off my list for traveling jobs.

Since I’ve been without a working computer for a week, ok, semi-lie. I have a 10 year old college dinosaur computer that still powers up and a 6 year old mini laptop that likes to stop responding when I use it. I tried everything to get both of those to work this weekend. The dinosaur is so old, it wouldn’t even recognize the new external hard drive I plugged into it. And while I was able to back up the mini to the new hard drive, it kept crashing every time I tried to get online.

That’s it, new laptop time it is. I needed something I could access Microsoft suite documents on for work (until I get a fixed one… which… I’ve been fighting back & forth with IT for a week making no headway, “no, holding the power button doesn’t do anything… yes I tried unplugging it and plugging it back in” *angrily waving my fist & banging my head against the wall*.)

So I went to BestBuy to get GeekSquad to give me a print out saying my computer is in fact DEAD, and to find a new personal laptop that could perform basic functions and had enough processing power to allow me to edit my GoPro videos without freezing/skipping.

Dude!! I got a Dell! It’s an Inspiron 15 (very much like the dinosaur) 7000 series with an i5 processor, HD graphics & doubles as a giant tablet if I choose to fold the screen backwards. I am loving the touch screen aspect.