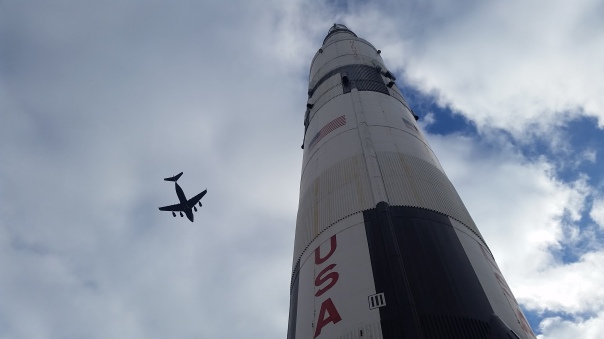 Houston, we do not have a problem. We’re awesome.

Welcome to Rocket City, Huntsville, ALABAMA! Like a beacon in the night the Saturn V calls to all visitors traveling the lonely highway through Alabama. For a nerd like me, I was very upset that the U.S. Space & Rocket Center is only open till 5pm when I had a bridal show that didn’t end till that time on Sunday.

So I took myself Monday. Because what better way to ease yourself into a new year like running around like a crazy person trying to locate the elusive flat charging port for a Lenovo Thinkpad laptop…. smartie pants me left BOTH chargers in New Orleans. After 6 stores I finally located one at WalMart. Weird that Best Buy and Office Depot didn’t carry it, but anywhooooo.

It was time for a space break. 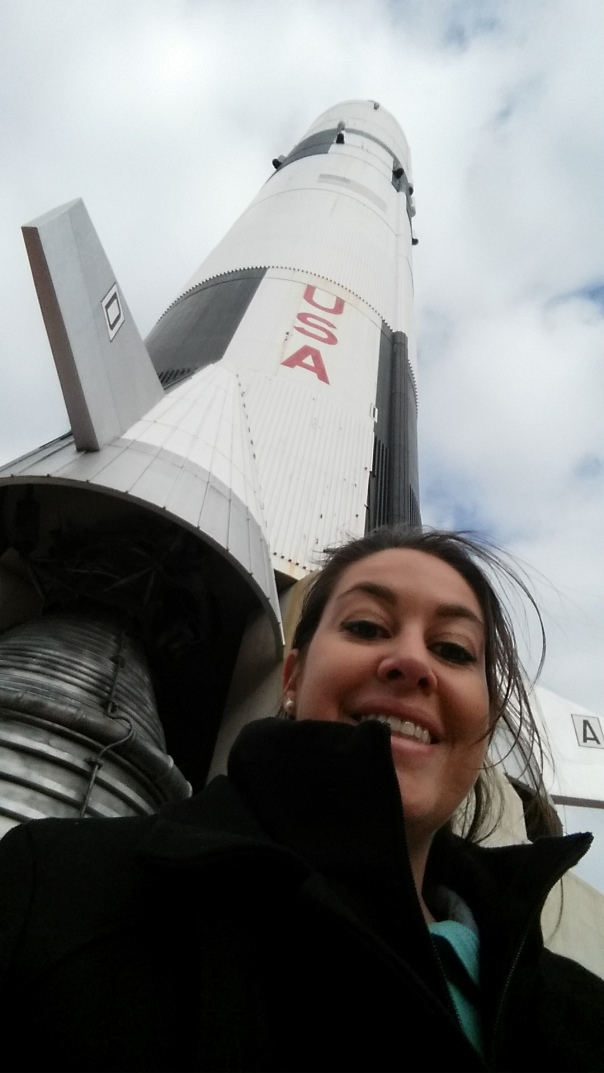 I don’t know when this happened, but it got FREAKING cold all of a sudden. I had to break out my Sandals winter jacket for the first time. And thanks to mom for outfitting my head & hands with gloves & an ear warmer (not pictured here clearly).

There were a ton of cars in the parking lot, but the place looked dead. I wandered around outside first before realizing that the place was actually open and I could go inside. 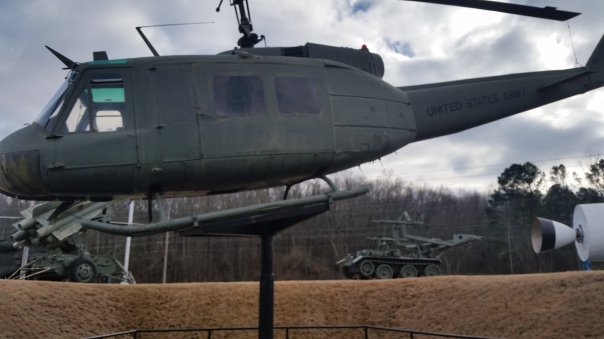 I was semi-right, the place was dead inside. Minus the parents trying to stretch out the holidays a little bit longer by allowing their Kindergarten aged kids to scream and run through the place like cats on crack. While there are quite a few interactive pieces, this is a museum, not a hands-on-house people. Keep a leash on those things. 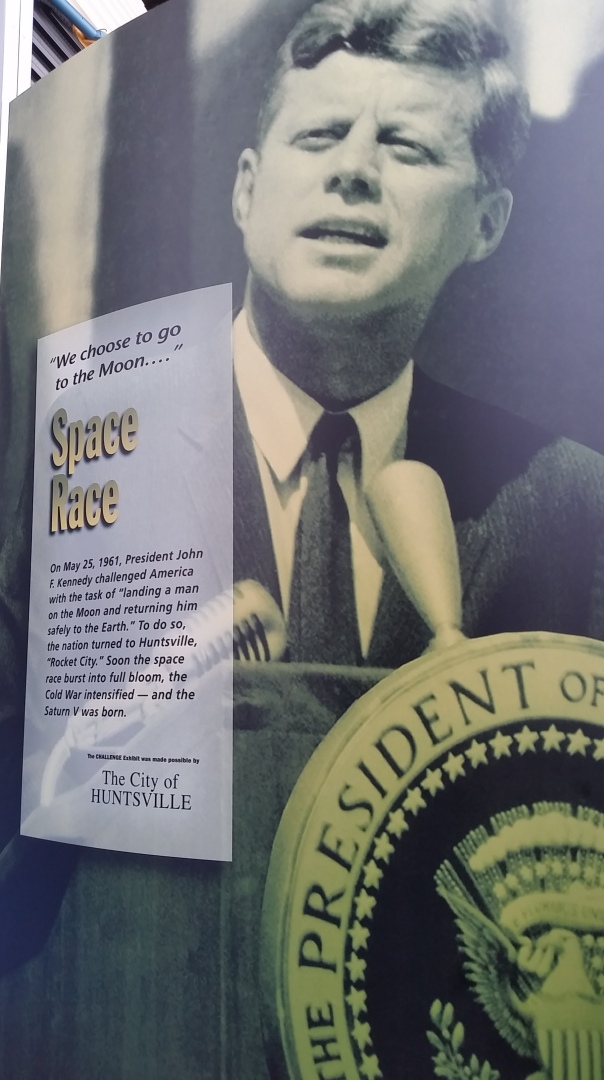 This part was really cool – you could actually slide into a module (and lay on your back) that was used for practice simulations. The kids jumped in and out of this pretty quick, I on the other hand, had some odd grunts/noises getting in and out. 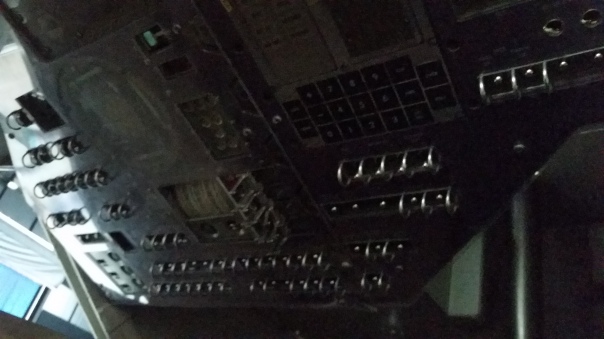 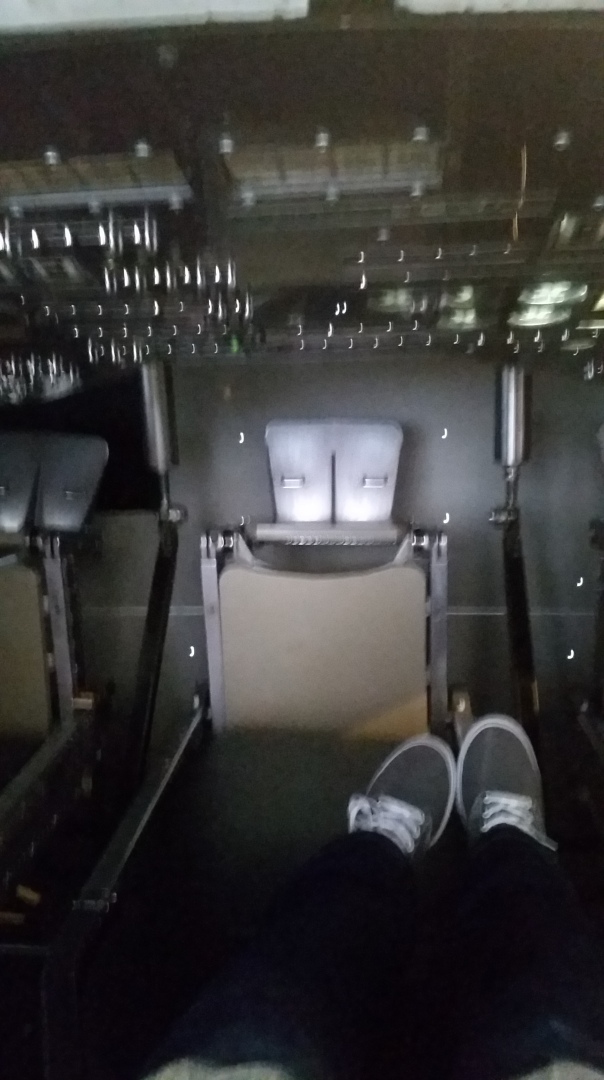 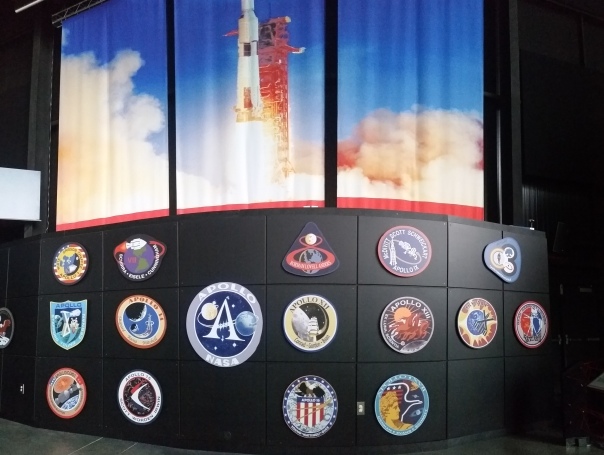 The second part of the Rocket Center was the featured exhibits. There were 2; Science Fiction Science Future, and a jewelry exhibit using space as inspiration.

The Science Fiction Science Future was all about advances in technology to allow you to move object with your mind, and play with robots. One of them had you looking at a screen as it tracked the light reflections in your eyes to move and select pictures.

The jewelry was super intense, not entirely sure where you’d wear it….. but sure, knock yourself out.

I’m totally blaming my parents for not taking me to space camp as a kid. I think I would have rocked it. Maybe even enjoyed math more…

And with all the talk and literature about Dr. Wernher von Braun, I now have a craving to watch October Sky. Bring it all home baby Jake Gyllenhaal.