At certain times in my life I get to a moment of realization that I am the adult in the room.

But the real thought came as I was FINALLY enjoying a minor league, home town, baseball game on a “Thirsty Thursday”.

Now, I was not one to really partake in this event in College, drinking was saved for weekends after fall-ball (spring season was always dry). And it was a different sensation to not be the one actually working the game, I was enjoying the relaxation of the ball field. 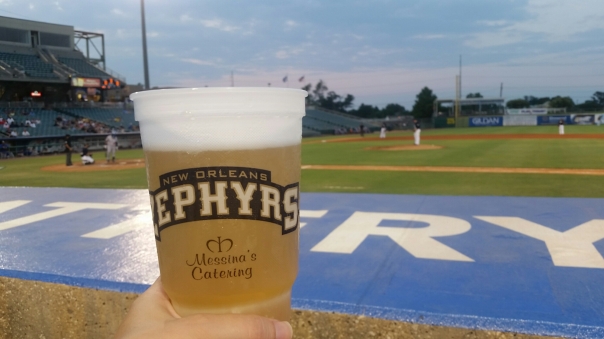 Its my happy place, always has been. I would rather spend my evenings there, than at a swanky bar, hands down, no questions asked. I guess I expected a bigger crowd, but since the college students don’t get back into town for another week, it was me, 2 buddies, and probably 100 of our “closest friends” in a 10,000 seat stadium. Yikes. That’s what you get sometimes in Minor League Baseball. We decided to spend the $5 on a giant cup of beer vs. The $1 Dixie cups the other groups were scarfing down. That meant: more beer for us, less getting out of our seats for refills. #Adulting

But sometimes you just need an Adultier adult… I had been having a rough month. All the stress and emotions just came bearing down on me ten-fold and I needed a break. I am lucky to have the kind of amazing family who will offer airline points to make a flight cheaper so I can come home for a weekend. I took it. I needed parental support, guidance, and distraction. And I definitely got it.

I arrived home late Friday, making sure I got a full days work in first, and then up early Saturday to head to the lake. AIS (Ass In Seat) was 9am, we had a few stragglers though, and hit some traffic on the way down. We still had the whole day, so we didn’t mind. 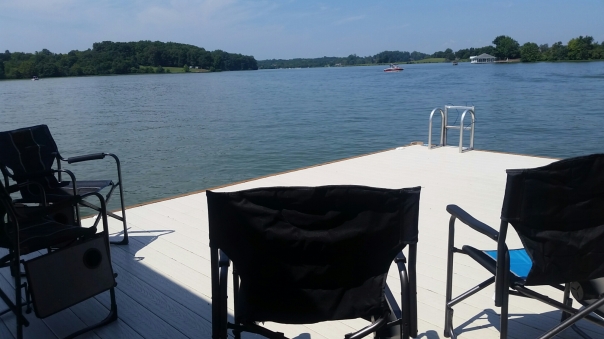 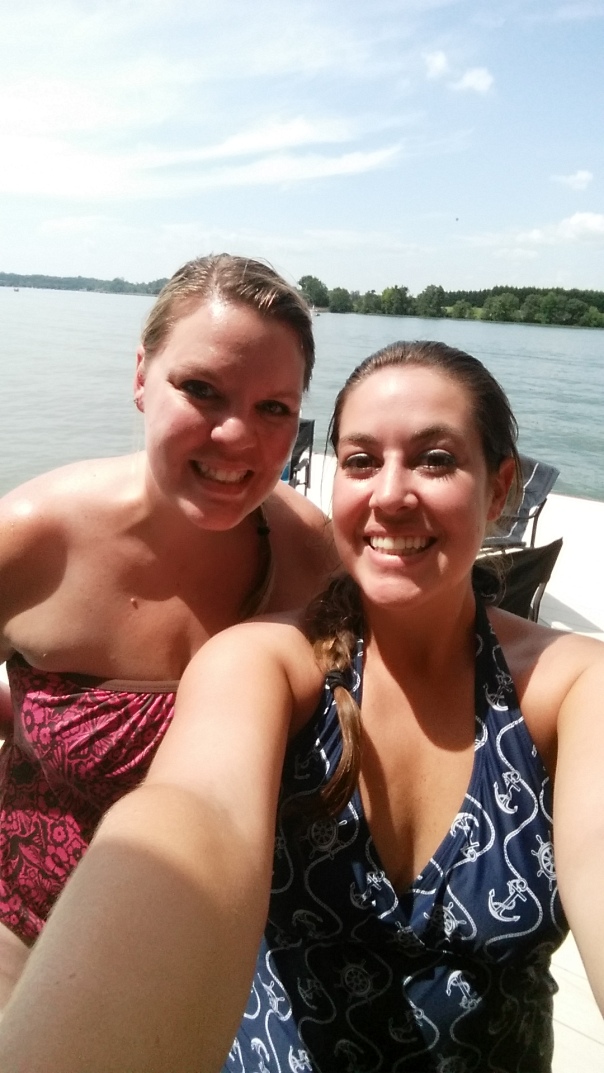 Yup! BigSeester, Philippe and Nugget made it too. It was a fantastically relaxing day. 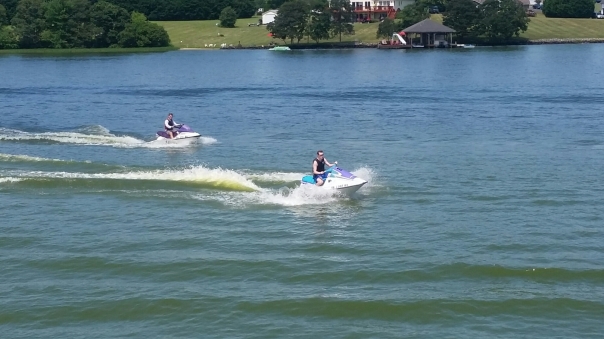 The Jet skis started up right away, every time (as long as you remembered to put the key in). 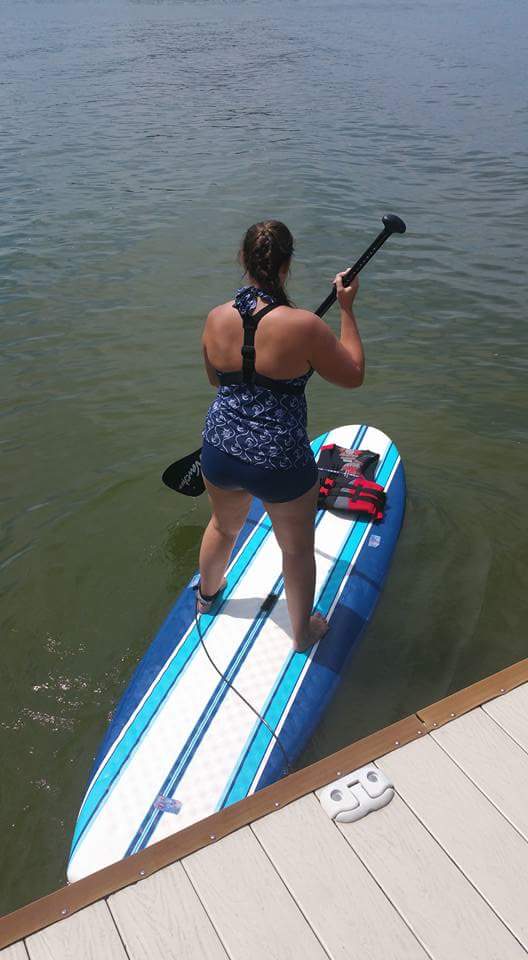 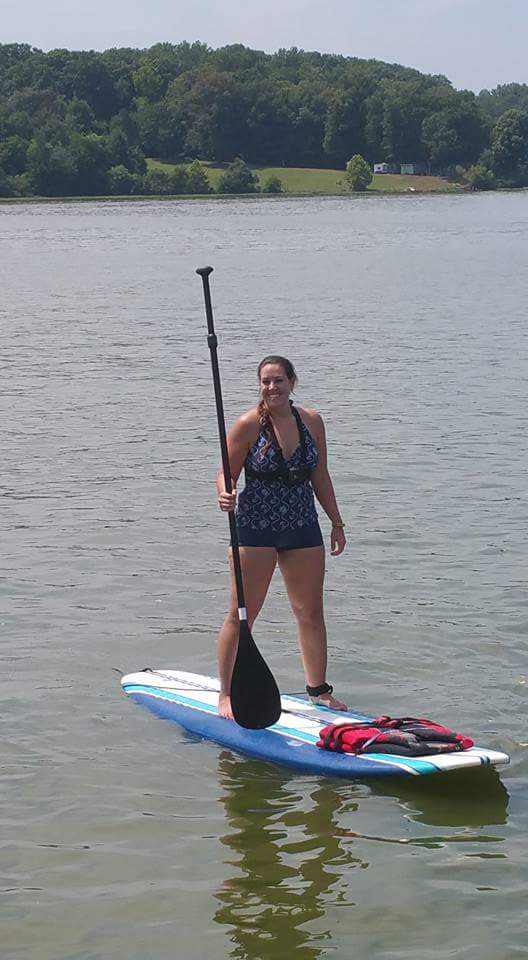 I successfully took the paddle board out AND turned it around on purpose. #PocahontasPose

And I was able to pull my ass up out of the water (and continue riding) on the wakeboard. Not a bad day 🙂

Sunday was an errands-with-mom and lazy pool day, brother had completed his new cornhole boards so we of course had to test them.

Mom was talking smack… I happily reminded her how well all those pitching lessons paid off and continue my reign as Cornhole Champion.

Since I missed Big Seester’s birthday (I was in the Bahamas) I offered to take her to lunch and shopping after my work call on Monday. We made it to lunch, and to Target with Nugget. What an experience that was. He has good taste in toys though…

He became a little bit of a rutch so we packed up and headed back to the house.

My flight was due to leave at 5:40pm, but in the car on the way to the airport I got an update that it was delayed to 6:40… And I’d left my wallet on the kitchen counter. Hmmm what does that mean for my connection? 8 minutes to deplane and Usain BOLT from gate A to gate E… Good luck with that. I stopped at the Delta desk before hitting TSA pre-check and  talked to the agent, he gave me a ticket saying I had a spot on the 11pm flight if I did miss my connection. Next update was IAD-ATL now leaving at 7:22pm, arriving precisely when my connecting flight takes off… Good thing I’m covered!

Ahhhh Airlines…. So unpredictable. OK, that’s the Weather’s fault really. There was a ground stop in Atlanta due to thunderstorms. Fun fact: if there is lightning within 5 miles of the airport, your ass is grounded.

My 5:40 flight was pushed to 6:40, then 7:22, then 7:35, then 8:00pm. Aaaand now there’s a mechanical issue. The pilot can’t hear the flight attendant in the back of the plane through the handset, mechanic is on his way. 9pm wheels up pending any more issues.

I will say, Delta has done a really good job with their customer service. They brought out snacks and beverages , replenishing as it got low to try to keep passengers less annoyed. I went up to another counter in hopes of jumping on the flight that was leaving before mine to maybe luck out and still make my connection, a lovely woman in line ahead of me let me go in front of her because I have a connection. We both got on. #FaithInHumanityRestored

At 9:12 we were wheels up headed to Atlanta, we landed around 10:30, and waited patiently as all the front passengers took their sweet time getting off…. I kept looking at the clock. “OK, max time is 30 mins to get off, find the board to check the gate, and run to wherever it is”. Somebody was looking out for me today- we arrived at terminal D, my connection was in C. I walked up just as they started boarding, but wouldn’t you know it, the crew had timed out… So we sat on the plane for 35 minutes till the captain showed up. that’s an 11:45 take off from ATL now… and an hour-ish flight to New Orleans.

At least I got an hour back when I did finally make it home!