I’ve been MIA again… sorryImNotSorry. I’ve been just a tad bit busy, but I did finally find some time to make some new friends and take in the local culture. Starting with St. Patrick’s Day weekend. I joined this group via Meetup, its a great group of girls aged 21-30ish. They post all types of events and then you can RSVP and go out to meet up (get it) wherever they are! My first one was Taco Tuesday at Juan’s Flying Burrito, because it was within walking distance of my apartment at night…. I’ve gone a little more out of my comfort zone since then.

St. Patrick’s Day, like everything else in this wonderfully ridiculous city, is cause for parades, drinking, and celebration. So I wandered down to the Block Party around Magazine Street to wait for the group… well apparently traffic was horrendous, so everyone was stuck. Hooray for living close! So I creepily loitered outside one of the girls’ apartments till she answered her phone. “hi, this is Melissa from Meetup…. I’m creepily loitering outside the address you listed, but I don’t know which door to knock on.”

Awkward much? oh well, that’s how friends are made. So I hung out there for a while until it was parade time. A lot of this parade is groups of men (all ages) walking down the street handing fake flowers to people, and then kissing you on the cheek. Some of them hand out beads too, some of them hand out lacy underwear! (I kid you not, I was walking back at the end of the parade and a grandmother was WEARING said underwear over her jeans) 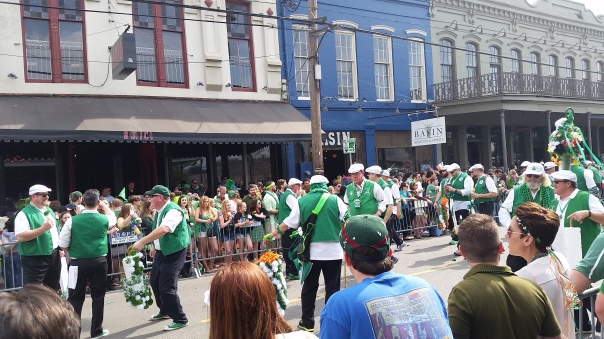 They’re mostly all hammered and barely stumbling down the street, but its fun. I also managed to be hit in the face again with some relatively large, heavy, beads. But it was kind of an asshole move because I did catch them, but the momentum of them being flung and the way I caught them above my head, made the bottom half swing into my flipping eyeball… I can’t win. Reminders – Hands up, Head Down…. unless its a cabbage…. or a moon pie. 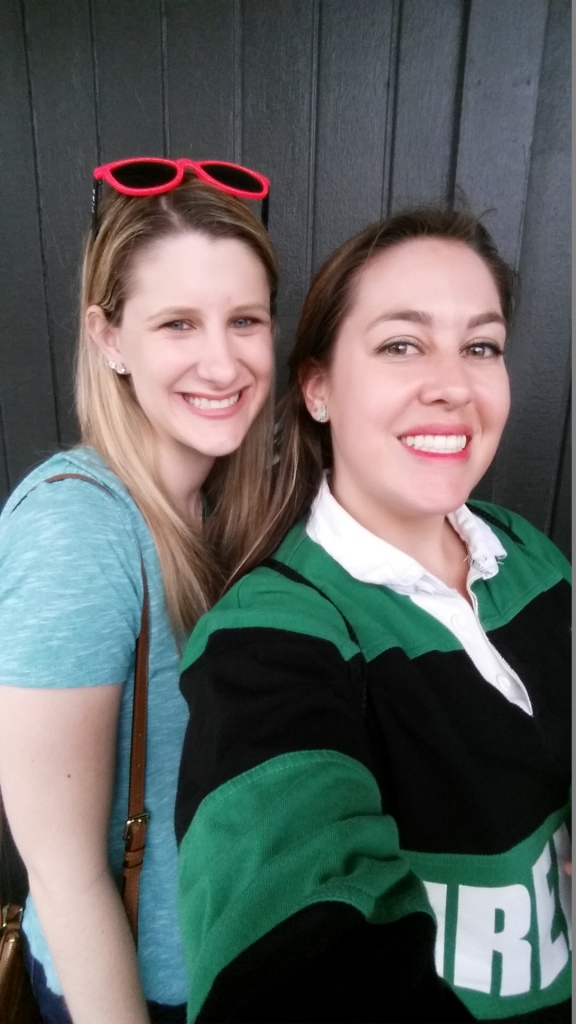 Fun story before even getting to the parade. My boot heel broke. Damn New Orleans humidity…. the rubber sole completely peeled away from the fake leather. But I Macgyvered it. LIke you knew I would. And kept right on truckin’. 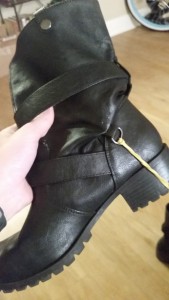 After having a Guinness that morning and continuing to stay well hydrated throughout the Saturday, I decided I was not going to attempt to cook the cabbage that I caught off the float….

And that instead, it was pizza time. Hooray for Pizza Hut storefront on the first floor of my building! So I pretty much sat in my underwear all Sunday eating pizza…. and cleaning since my mother is coming into town this weekend 🙂

I was also able to talk my BFF in Arizona into going to the movies “with me”. We both found the same movie (Cinderella… duh) playing at the same time and went to our respective theaters. BEAUTIFUL movie. Made me want a ridiculous dress just to wear while gliding around my apartment. I’d wear the shit out of it.

Monday was an interesting day, it was gorgeous and I happened to make a new friend, and accumulated 11.6 miles walked in one day.

Just kidding, Met up with said friend again on St. Patrick’s Day and we biked from my apartment, to Riverwalk, allllll the way down the river, Up to Lafitte’s Blacksmith Shop (for VooDoo Daiquiris of course), back down Bourbon, took in a parade at Jackson Square, and then back home. I got my workout in for sure. Now I’m trying to muscle through the rest of my 250 sales calls…. I’m up to 203 with this week’s tally so far. Only 47 to go in 10 days.