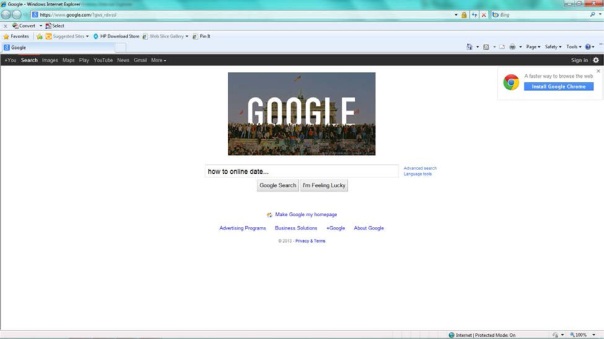 The stigma behind the whole idea of online dating really isn’t great. Don’t get me wrong… It’s been growing in the past couple years, but its still not really completely appreciated or accepted in today’s modern technological world. Which is crazy, because of how technologically advanced the world is now…. can’t ever win can we!?

A couple of things I’ve come across to help you in your next, perfect first message:

1.) Put a photo of YOURSELF somewhere in your profile. Your dog may be great, but you’ll definitely get a higher rate of return messages if people know what the hell you look like.

There are far too many instances of ‘catfishing’ hanging about…. Manti Te’o anyone? Heck there’s a whole MTV show series about this happening. Don’t pretend to be someone else, what exactly are you trying to prove from that?

That is not to say that all interaction is based soley on looks… but a large part of getting a response is to be physically attracted to someone. Its what makes you walk up to someone in a bar isn’t it? Its what makes you want to be friends with someone, but looks can be deceiving – tangent: one of the women that has become a very good friend of mine, I met at a college halloween party. She was the friend of another friend and I thought, judging from her face, attitude, and outfit, that she was a raging bitch… Turns out she was just another sufferer of chronic bitch face… We now visit eachother a couple times a year and any time i have the chance to say “moist”, “panties”, or “crevice” to her I do 🙂 ❤

2.) When choosing that photo, make sure you don’t look like you’re in complete and utter pain…. Have some confidence. Even if you’re not the most attractive person in the room, confidence is sexy.

3.) Put something interesting in your profile that makes people want to talk to you, to find out more about you. It makes it easier to compose a first message instead of an awkward one based on looks. (which, to be honest we know you’re messaging because you think we’re attractive, we operate the same way, but my message is going to try to find something about YOU to see if you can carry on a conversation.)

4.) When you do decide to take the leap and message… please please PLEASE spell the name right. ESPECIALLY if its already spelled for you in the profile…. 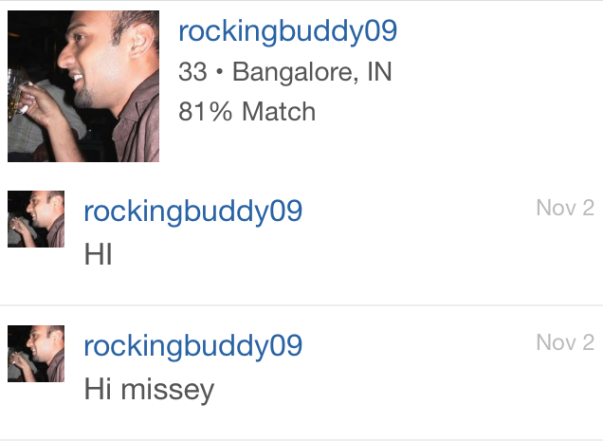 5.) If you are going to comment on looks in that initial message. Don’t make it creepy. 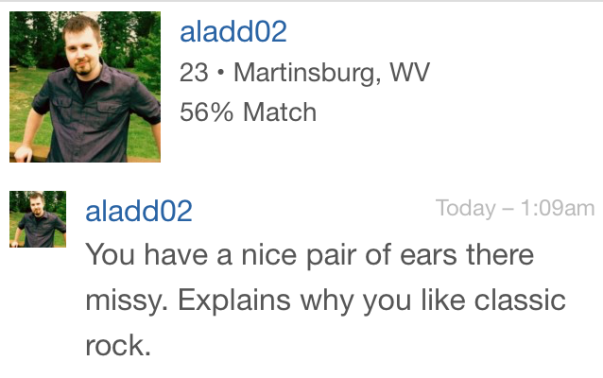 6.) Cheesy can be cute… unless you take it too far. I love a good chemistry joke (as I’ve said before), thats clever, and shows me you must have some kind of brain, or you can use Google… But if you’re well over 18, do not use Disney as a “bad boy” story. 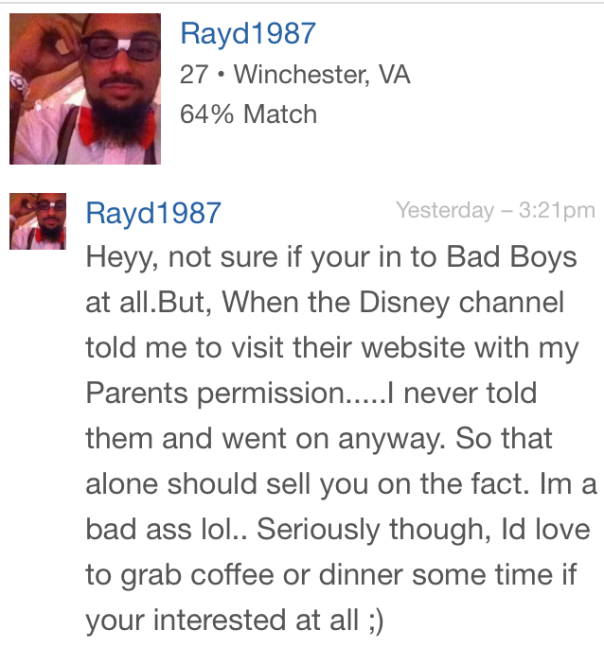 7.) and FINAL MOST IMPORTANT PIECE OF INFORMATION. Do NOT, for the love of GOD, DO NOT post photos of your manhood. Or ask if we like “really hung guys” or tell us how many inches you are. Honestly, nobody wants to see or know that right off the bat. You come off as a total sleaze ball who is SUPER insecure along with some other names I can’t write here…. Just don’t.